Science Describes Climate Change While Faith is the Catalyst to Act 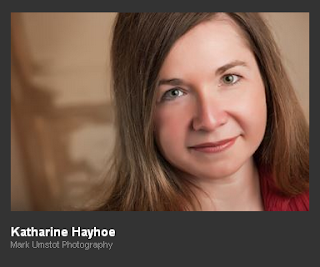 World acclaimed climate scientist Katharine Hayhoe recently spoke to Kingstonians about climate change, its potential impact on the world and how faith can lead to positive change.

According to Hayhoe, a professor of atmospheric science at Texas Technical University, who spoke at St. George's Cathedral on Feb. 19, climate change is the greatest challenge confronting our world today.

“It makes every other problem worse – access to clean water, development issues, we can’t fix these problems if we leave climate change out of the picture,” she explained. “It’ll be like pouring money into a bucket with a hole in the bottom that is getting bigger and bigger. That hole is climate change.”

Hayhoe, originally from Toronto, said her passion for the cause stems from a course she took while studying physics and astronomy at the University of Toronto.

Through her participation in the course, Hayhoe said she was shocked to learn that climate change was an urgent problem that needed to be addressed right away.

After earning her PHD in atmospheric science, Hayhoe realized that while science can explain the cause and impact of climate change, it does not go so far to influence change. That’s where faith comes into the equation.

“Science can even tell us if we continue to rely on fossil fuels as our primary energy source, this is what the world would look like. And if we can transition to other cleaner sources of energy, that is what the world would look like. But that’s where science ends and where our values come in,” she explained, noting that “for many of us, who have faith, our values come from our faith.”

According to Hayhoe values and faith will dictate decisions on how to tackle climate change.

Hayhoe, a devout Christian, said her faith gives her the motivation to garner awareness and create dialogue for solutions on this issue.

Over the past few years, she has been speaking to Christian communities across North America about the issue of climate change. She has published more than 100 peer-reviewed articles and some of her findings were presented to Congress. In 2012, she was named one of Christianity Today’s 50 Women to Watch.

Hayhoe said her take home message on climate change is that choices need to be made today and not a decade from now.

Source: Inside Halton
Posted by The Green Market Oracle at 7:39 AM