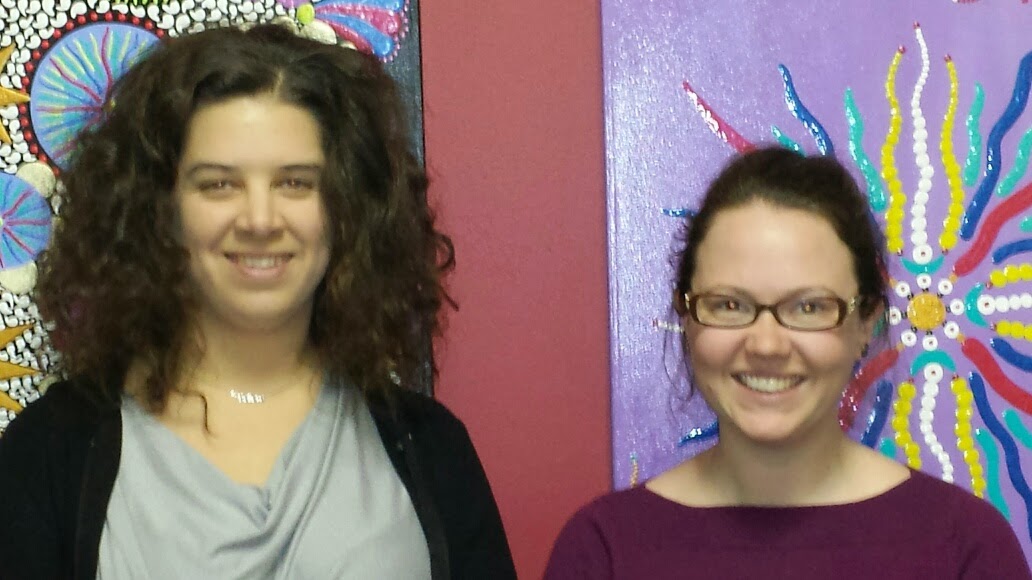 Last summer Afra Tucker and Lauren Lallemand participated in the Justice Camp Oil Sands Immersion an initiative sponsored by the Anglican Foundation and hosted by the diocese of Edmonton. Drawing on their immersion experience, they have co-created an exhibit called, "Personalizing the Oil Sands: What can we learn from the multiple narratives of extraction?" The event will launch on April 23 and conclude with a public conversation on the evening of April 29.


Walking the line not towing it

In contrast to the forceful views expressed on both sides of the oil sands equation, Afra and Lauren walk the line. Although the oil sands are a polarizing topic, the exhibit does not take sides. Rather than preach or force feed answers, the exhibit is intended to facilitate dialogue.

Afra and Lauren did not always espouse such a balanced view on the oil sands. They explained that prior to their immersion experience they were judgmental. However, their perspective changed shortly after arriving in Fort McMurray. They soon realized that, "the lives of people are enmeshed with the [fossil fuel] industry."

They both feel they have no right to be critical of the oil sands because like almost everyone in our society, they acknowledge that we are all complicit. "Our lives are involved with oil," Afra stated. We are all part of a culture and an economy mired in fossil fuels.

"My goal for the exhibition is to be a facilitator without being judgmental," Afra said. Lauren explained that she hopes to humanize the oil sands.

The immersion experience led them both to question the apparent gulf that separates government from the concerns of local people. The indigenous people they spoke to indicated that they would rather deal with industry than with the federal government because the former is far more responsive to their concerns.

While Lauren walked the line as though suspended on a tightrope, she did descend from her high wire to comment on our current federal government. "I don't see meaningful change happening with the federal government we have now," she said. "it's a government that is not open to grassroots and pressure from citizens."

Lauren indicated that she is not sure things will get better as long as government sets the rules. "People will change when they have to change. I don't see them changing anything," she said.

During their stay in Alberta they saw flagrant examples of environmental degradation related to the oil sands. They also heard sad stories from indigenous people including elders who talked about how the land has been changed by fossil fuel companies. One young person talked about how the oil sands made it more difficult for her to connect to her identity as an aboriginal woman.

While some expressed concerns about the speed of extraction or the preoccupation with short term profits, none of the people that they encountered said that the oil sands should be stopped outright.

Despite the dramatic carbon load associated with the oil sands, climate change did not come up as a major source of concern. The only person who brought up the topic was a Syncrude PR rep who explained the merits of his company's efficiency.

Afra suggested that the problem of climate change is simply too big for people to fathom. "I don't feel that people are capable of organizing their lives around something like climate change, Afra said, "people are not able to see the long term impact."

Let everyone be heard

By providing an opportunity to speak and to listen the exhibit is designed to encourage people to move past reflexive shortsightedness. "People feel excluded," Lauren said, "inclusion is part of the remedy," she explained.

Afra is encouraged by the work of the Stewardship of the Environment Committee and its efforts to communicate with the wider Anglican community. Afra said that locating the exhibit in the Atrium of the Anglican Diocese of Montreal presents a "great opportunity for members of the diocese to get involved," and Lauren added, "its for everyone who wants to come, not just the church."

Both women stressed the value of bringing people together and allowing them to express their point of view in an open and respectful environment. The exhibit emphasizes participation and as Afra said, "people who participate become resources."

Finding solutions through self expression

The exhibit is a platform for people to express themselves in a way that cultivates understanding and encourages reflection on potential solutions. Afra describes the project as an opportunity to, "raise awareness about the topic to think deeper and harder." Lauren explained, "together we come up with the problems and the solutions."

According to Afra, the issue is at least in part about asking questions like, "what are the kind of changes I need to make?" More specifically, we may want to consider "what will we live with and what will we live without." Afra mused that people may even ask about the larger changes that need to be made so the oil sands are no longer necessary.

"My hope is to be able to come to terms with the issue and live with integrity," Afra said.

By allowing people to find their own voice the exhibition may very well be able to mine the collective wisdom from whence solutions can be hewn.

The exhibit "Personalizing the Oil Sands: What can we learn from the multiple narratives of extraction?" will take place from April 23 - 29, 2015 in the Atrium of the Anglican Diocese of Montreal (1444 Union Ave. corner de Maisonneuve Boul., Montreal, Quebec). There exhibit will include pictures from the oil sands and a collective art piece created by local artists. The event will conclude with a moderated public conversation in collaboration with University of the Streets on Wednesday April 29 between 7 PM and 9 PM.
Posted by The Green Market Oracle at 7:27 PM