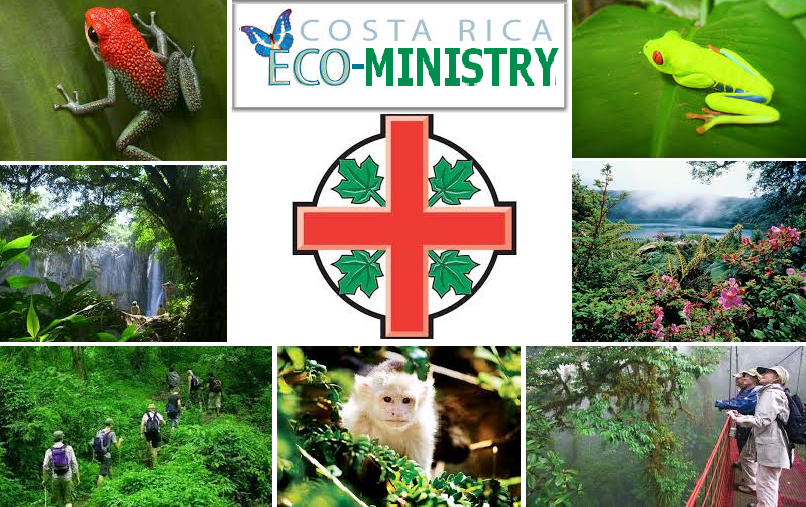 Members of the Parish of Glengarry in the Diocese of Ottawa are set to embark on a journey to Costa Rica in February 2016 to learn about ecological ministry—and spots are still available for any Anglicans across Canada who wish to join them.

Clergy and parishioners—in an effort to advance the commitment to eco-justice and eco-spirituality among Christians—have partnered with Creation Matters and Greening Sacred Spaces to plan the Costa Rica trip. Their goal is to create a shared curriculum to educate church members about environmental issues.

The idea for the Costa Rican venture arose out of a brainstorming session last year regarding future areas of focus for the parish.

The idea of a project geared toward eco-spirituality and eco-justice, while gaining the support of a numerical minority, nevertheless generated the most excitement, according to the Rev. Jason Pollick, rector of the Parish of Glengarry.

Pollick noted that the rural parish has many farmers who are beginning to encounter problems associated with climate change and pollution of the soil and water. Some farmers in the area have recently invested in alternative energy sources such as windmills and solar panels.

“They’re just interested in what sort of world they’re leaving to their kids and their grandkids,” Pollick said.

Having previously travelled to Costa Rica, where he learned that the country was “miles ahead of North America…in terms of reducing its carbon footprint,” Pollick suggested the trip to favourable reception.

The trip will be divided into two parts. The first consists of one to two days spent in fellowship with the Diocese of San Jose, where the travellers will learn how church members there are promoting the stewardship of creation in their ministry.

In the second part, travellers will spend their remaining seven days in Costa Rica at Finca Exotica, an eco-adventure lodge located at the edge of the rainforest in Carate on the Osa Peninsula. The lodge is adjacent to the Pacific Ocean as well as a gold mine that led to the clear-cutting of much local forest.

Finca Exotica is entirely off the grid, with no electricity except for solar panels and a water wheel, which provides enough power for food storage at the facility. The lodge uses only locally produced building materials and grows most of its all-organic food on-site.

“It’s a good base of operations to learn about some of the ecological issues facing the country,” Pollick said.

A maximum of 16 spaces are available on the trip. So far, eight people have committed to going. Anglican clergy and parishioners expect to be joined by members of the United Church, but anyone interested in the concepts of faith and ecology is invited to be part of the group.

Pollick cautioned that anyone who embarks on the trip must be physically able to hike, often on non-handicap-accessible jungle trails.

He opined that the trip might prove particularly interesting for youth. Already, current registrants include numerous teens.

“It’s…a form of ministry or faith expression that I think younger people can grab a hold of, and might be a little more productive for them other than sitting there doing a Bible study,” Pollick said. “It’s a little more immersive, and it probably speaks [more] to their reality…teenagers are growing up with all this gloom and doom about the environment, and it just gives us an opportunity to do something to improve that situation.”

The estimated cost of the trip is $2,500 per person, which includes flights, meals and accommodation. Anyone interested in participating should contact Pollick at glengarryrector@gmail.com.

Source: Matt Gardner, The Anglican
Posted by The Green Market Oracle at 8:54 AM