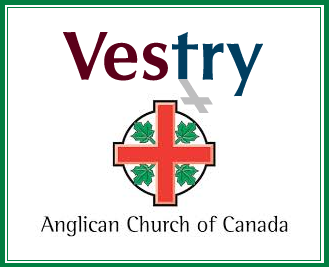 Churches are exploring a number of different ways of engaging ecological action including vestry motions. Parishes are encouraged to discuss and adopt the following motion at their 2015 vestry meetings:

WHEREAS our baptismal promises inspire us to strive for justice and to safeguard the integrity of God's creation while renewing the life of the Earth;

AND WHEREAS the national leaders of the Anglican and Lutheran Churches in North America recently issued a joint pastoral message on climate change which articulates a “responsibility to act together for the common good” and to use our voices to contribute to public discussion regarding environmental justice issues;

AND WHEREAS the Interfaith Summit on Climate Change recently concluded that there is “overwhelming scientific evidence that climate change is human induced” and that without action its impacts will continue to grow in intensity and frequency;

AND WHEREAS the most recent report of the Intergovernmental Panel on Climate Change warns that “continued emission of greenhouse gases will cause further warming and long lasting changes in all components of the climate system, increasing the likelihood of severe, pervasive and irreversible impacts for people and ecosystems. Limiting climate change would require substantial and sustained reductions in greenhouse gas emissions which, together with adaptation, can limit climate change risks.”

BE IT RESOLVED THAT the parish of N commit to [choose an action(s): participating in completing a Green Audit of its Building / achieving a Green Parish accreditation / other sustainable action] in 2015;

AND THAT the parish of N supports the Bishop of N writing a letter to the federal Minister of the Environment that calls upon the Government of Canada to work constructively with the international community towards a global climate agreement in Paris in 2015 that limits the global temperature increase to less than 2° Celsius while distributing the burden of taking action in an equitable way.
Posted by The Green Market Oracle at 9:20 AM