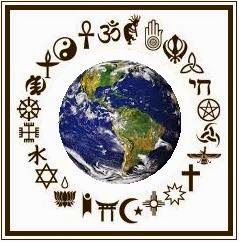 Faith based communities are coming together around the shared understanding that protecting our planet is one of the most important issues of our times. In recent years, there has been unprecedented ecological action from a diverse array of faith groups.

This past summer, in an online campaign titled "Our Voices: Bringing faith to the climate," faith groups were urged to join the global conversation on climate change.

This is an invitation to "people of all faiths around the world to raise their voices and add their perspectives in political discussions about climate change,” said the Canon Ken Gray, who is rector of the Church of the Advent in Colwood, B.C., and the ecclesiastical province of Canada's representative in the ACEN.

As a central part of their ecological advocacy efforts, faith groups are supporting a positive outcome at the COP 21 climate talks in Paris this year. The Our Voices campaign urges people of religious faith and moral conviction, “to sign and pray in their own tradition for the Paris 2015 UN Climate Summit to succeed where all past talks have failed.”

The UN acknowledges the important role of the world's faith based communities to add a much-needed moral dimension to ecological discussions. This point was made by the FCCC's executive director, Christiana Figueres, when she spoke at St. Paul's Cathedral in London, this past May.

"[We] have the responsibility to set the ethical foundation of our global society. We have done this with slavery and with apartheid. It is time to do it with climate change," Figueres said.

As explained in the Our Voices website, “the UN believes there is hope of global agreement in Paris 2015 if the moral call for action is so loud that politicians can't ignore it.”

The power of faith based communities was evident at the historic People's Climate March last September in New York City. At this march dozens of different religious faiths and denominations came together and were united in their call for action on climate change.

In conjunction with the People's Climate March an Interfaith Summit organized by the World Council of Churches (WCC) and Religions for Peace, invited Christians, Jews, Muslims, Hindus, Buddhists, Indigenous Peoples and others to share their support for UN climate negotiations. The diverse range of religious leaders that attended the Interfaith Summit hailed from all around the world. Despite their differences these men and women came together are were united by the cause of environmental stewardship.

The Declaration from the Interfaith Summit read as follows:

"As faith leaders, we believe that unchecked climate change is one of the greatest threats to peace and prosperity for our world."

The Interfaith Summit statement of 2014 addresses the threat posed by climate change and the importance of a "fair and ambitious outcome" of the international climate negotiations. They appeal for specific action including adaptation, low carbon development, climate change education, curbing consumption and reducing our use of fossil fuels. They also indicate their readiness to engage in, "dialogue with those who remain skeptical."

As with preceding declarations, it was signed by the participants and sent to heads of states, international negotiators and faith communities, as well as the UN Secretary General.

This summit was held in conjunction with Religions for the Earth where more than 200 religious and spiritual leaders from across the world gathered at the Union Theological Seminary in New York City. Leaders assembled to appeal for action on climate justice and encourage dialogue.

Speaking about these events, Reverend Fletcher Harper, the Executive Director of GreenFaith, said,

"... there has never been such a large amount of religious-environmental activity in one location in the history of the world. This week will mark a watershed in the history of religion. It will be the time that people remember as the time when the world's faiths declared themselves, irrevocably, as green faiths."

As explored in a Huffington Post article by Grace Ji-Sun Kim, the WCC have played a critical leadership role in faith based ecological advocacy. They have been stalwart supporters of sustainable communities, including lifestyle issues, overconsumption of natural resources and waste disposal. The WCC's emphasis on sustainability began in the 1970s and then seamlessly incorporated efforts to combat climate change as that issue came into focus.

"Religious leaders who feel called to protect Creation are feeling the urgency of this crisis and looking for ways to be effective," said Rev. Dr. Serene Jones, president of Union Theological Seminary. "Now is the time for us to come together across divisive issues and divergent traditions and use our reach and influence for the good of the earth we share."

The first such conference was held on November 7, 2013, it was a call to action, an opportunity to learn, and a chance to network with other faith-based climate activists. The second Climate Stewardship Conference focused on our shared moral responsibility to act in the face of a changing climate. It also emphasized strategies for empowering faith communities to communicate effectively and act decisively at the local, regional and national level.

One of the goals of the summit was to train attendees in the art of faith-based storytelling, so that all participants could speak about climate change in a way that is informative, effective, and compelling. The second goal was to inform attendees about direct actions and advocacy options.

As explained on the Inter-religious website, "In an age of growing cynicism about the role of religion in our society, the credibility of our faith communities as moral agents may increasingly rest on our collective response to the unfolding climate crisis. As its ethical and spiritual implications become more obvious, climate change is increasingly taking its place as a central concern of communities of faith. The interfaith community’s role as moral leaders gives us a real opportunity — and obligation — to move the call for climate justice forward in a powerful way."

Faith leaders are well positioned to leverage the ethical dimension of the discussion, amplify the call to action and press political leaders to act on climate change.

Increasingly, faith groups are coalescing around the realization that eco-advocacy makes them powerfully relevant. Even more importantly they are acknowledging that they have a moral responsibility to assume a leadership role.
Posted by The Green Market Oracle at 6:33 AM