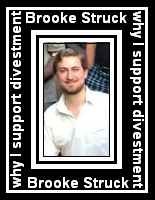 This article was written by Stewardship of the Environment Committee member Brooke Struck,  in support of a motion to divest from fossil fuels. Delegates and clergy will vote on the motion at the Synod of the Anglican Diocese of Montreal on October 16th 2015.
________________________________

The climate has always been changing, and life (including human life) has always had to adapt. Some organisms have succeeded, and have survived; others haven’t. But the present change in climate is much more rapid, exerting much stronger adaptive pressures on humanity and the rest of our living brethren on Earth. The main driver of climate change is carbon emissions from human sources, primarily since the Industrial Revolution. (For a very illustrative set of graphs about attributing climate change to various factors, recently assembled to include massive amounts of scientific data from wide-ranging sources click here).

Carbon has been the fuel of industry since the 19th Century, and while it has proven immensely powerful in bringing us to where we are today, it cannot be the fuel that propels us into tomorrow. The climate change that it brings about exerts an adaptive pressure on our societies that we are simply not equipped to handle: we don’t have the political, economic or social institutions to evolve that quickly, we aren’t so nimble. For this reason, I believe that it is important for us to decarbonize the economy, to find new sources of energy for development, and ultimately make fossil fuels extinct before they do it to us.

Carbon is woven through our economy, like a thread that binds the whole thing together, and so it will be very complicated to extricate it from our activities. Churches and other faith groups (much like universities, who are also involved in the push for decarbonisation) do not have investment portfolios with enough weight to steer the ship of the global economy. But we do have an important moral and intellectual role in getting individuals and societies to reflect on the way they lead their lives, and to affect change at a grassroots level.

The motion for divestment by the Anglican Diocese of Montreal is an important symbolic act, a statement that a carbon-based economy is one that is not morally tenable, calling everyone (Anglicans and non-Anglicans alike) to work together in finding another way.

Please click here, to see why the Stewardship of the Environment Committee is advancing a motion advocating for fossil fuel divestment in the Anglican Diocese of Montreal.