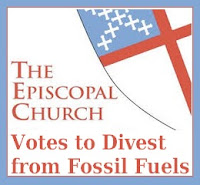 The leadership of the Episcopal church has voted to withdraw from fossil fuel holdings as a means of fighting climate change, delivering an important symbolic victory to environmental campaigners.

Two weeks after the pope’s pastoral letter on the environment, the divestment decision by a major US Protestant denomination underscored that climate change is increasingly seen by religious leaders as a deeply moral issue.

The measure, adopted by the governing body at a meeting in Salt Lake City, commits the church to quit fossil fuels and re-invest in clean energy.

It covers only a small portion of church holdings, but encourages individual parishes and dioceses to begin moving funds in their control away from coal, oil and gas.

“The vote says that this is a moral issue and that we really have to think about where we are putting our money,” said Betsy Blake Bennett, archdeacon in the Episcopal diocese of Nebraska, who supported divestment.

“At a point where we are losing species and where human life itself is threatened by climate change, the church, by acting on it, is saying that this is a moral issue and something that everyone needs to look at seriously.”

The immediate impact of the vote is symbolic. The measures covers some $380m in church holdings, but does not cover the denomination’s biggest asset, the $9bn pension fund, or some $4bn controlled by parishes and dioceses. The resolution encourages those congregations to begin looking at divestment.

But the vote signals growing activism among leadership of churches on the issue of climate change.

Desmond Tutu, a former archbishop of Cape Town and a leader in the anti-apartheid struggle in South Africa, has also endorsed the cause of fossil fuel divestment, as have Anglican bishops in Australia, Britain and New Zealand.

With the vote, Episcopalians become the third major US denomination to take a position on fossil fuels.

The United Church of Christ voted to quit fossil fuels in 2013. Earlier this year, the United Methodist Church instructed managers of its $21bn pension fund to drop coal holdings.

A number of Episcopal dioceses have already called for divestment, and campaigners had been pushing the leadership to quit fossil fuels for a few years.

At this week’s meeting, church leaders rejected a proposal to divest from the $9bn pension fund, the managers of which are understood to oppose divestment. A number of bishops opposed divestment overall, arguing it would do little to stop climate change.

But campaigners said they hoped the vote would spur further activism, and encourage individual parishes and dioceses controlling some $4bn in assets to divest from fossil fuels as well.

“The passage of this resolution will kickstart the dioceses,” said Bud Cederholm, a now retired church leader known as the “Green Bishop”.

He said he thought the timing of the Pope’s message had also helped ease passage of the measure:

“When the largest denomination in the world, when their leader make a statement like that, it get the rest of the Christian world’s attention.”