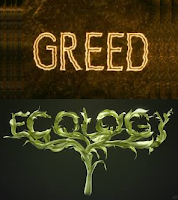 As promised Pope Francis has released his long awaited encyclical which is called, "Laudato Si (Be Praised), On the Care of Our Common Home." The document is all people to support the poor. It is also an indictment of the rich who refuse to change their ways. The pope characterizes wealthy people as being the primary contributors to climate change and he calls for an end to consumers and greed to help avert an ecological disaster.

An encyclical is the highest level of teaching that a pope can issue. Francis has made it clear that he hopes his encyclical will influence those who are gathering for climate talks at the end of the year in Paris. It is hoped that the pope's message will make it more difficult for special interest groups to derail the work that needs to be done at COP21 where it is hoped we will secure a global climate agreement.

Conservatives have painted themselves into a corner on climate change so it should come as no surprise that they are vociferously resisting the pope's encyclical. This is particularly true of Republican presidential candidates who need to deny climate change to have a shot at securing the GOP nomination.

As reviewed in a leaked version of the document that preceded the encyclical by a few days, humans are to blame for climate change. The pope calls on all people everywhere to protect the planet. He speaks out against our propensity to try to dominate the earth of all of creation. He specifically mentions biodiversity loss and the Amazonian rainforests, and the polar ice caps.

While the pope blames humanity for its "collective selfishness", however, he says that there is still time to stop the damage.

The pope's encyclical adds weight to those that argue morality can go a long way in helping us to help win the war on climate change.