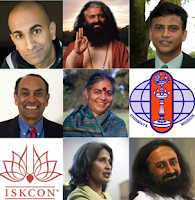 As the celebration of Diwali commences, this is a good time to review how Hindus around the world have pledged to act on climate change.

Diwali is a festival of Lights and it is celebrated by Hindus and others to commemorate the triumph of light over darkness and good over evil, knowledge over ignorance, and hope over despair.  Rituals surrounding the event include the recitation of prayers in the name of happy, healthy futures.

As indicated in this November 23, 2015 press release Hindus are calling for climate action.

Hindu leaders and groups from across the world have issued a groundbreaking declaration on climate change on the eve of the UN climate negotiations due to start in Paris next Monday, 30th November.

The Declaration asks the 900 million Hindus living worldwide to transition to using clean energy, adopt a plant-based diet, and lead lives in harmony with the natural world. “We are at a historic moment in time,” commented Gopal Patel, Director of the Bhumi Project that spearheaded the Declaration, “Hindus worldwide are experiencing the effects of climate change, and are recognising their individual and collective responsibilities to address it in line with their religious teachings.”

In a show of unity, more than 60 Hindu groups and leaders endorsed the Declaration from India, Europe and North America. “Alongside the other major faith groups, Hindu traditions have much to say about care for the environment. As concerned citizens, we all have to work together as brothers and sisters with a spirit of hope and strong resolve” noted SriVani Ganti of the Hindu American Foundation.

The full Declaration and list of signatories can be found on www.hinduclimatedeclaration2015.org.
Posted by The Green Market Oracle at 6:20 AM