Religions are Making the Moral Argument in Support of Climate Action 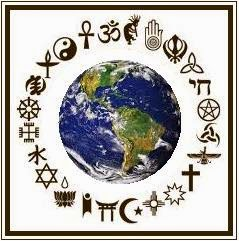 In stark contrast to the disagreements that tear us apart, the world's religions appear to have coalesced around the understanding that we need to care for creation. Christians, Muslims, Hindus, Buddhists, Sikhs and others have all made moral arguments in support of climate action.

Pope Francis has championed the battle against climate change via an Environmental Encyclical, and Muslim leaders across the world have echoed the moral call to engage with an Islamic Climate Declaration.

Here is an article that reviews some of the moral arguments:

Pope Francis acknowledged, that climate change is real. He also said that human behaviour must change to ensure that the world’s poor don’t suffer due to the consumption of the rich. The Islamic Climate Declaration recognizes the scientific consensus on climate change is to stabilize greenhouse gas concentration in the atmosphere so that global warming does not exceed 2 degrees above pre-industrial levels. The declaration is clear that a 1.5 degree Celsius warming would be preferable. It calls on people and leaders of all nations to aim to phase out greenhouse gas emissions as soon as possible and commit themselves to 100% renewable energy at the earliest possible.

In a recent interview to American science magazine Popular Science, climate scientist Katherine Hayhoe explained why religion is backing the fight against climate change. “Science can tell us why climate change is happening, and what might happen next,” she said. “But what we should do about it isn’t a science question. It’s a question of values.”

The Holy See and Islamic leaders have not been the first moral authorities to caution against climate change. Ahead of the United Nations Climate Summit in September 2014, the World Council of Churches and Religions for Peace, both prominent interfaith organisations, held their own summit to push for progress at the negotiations in Lima that December and after. In previous years Hindu, Buddhist and Sikh leaders have declared their war on climate change.

Issued at the Parliament of World Religions in Australia in 2009, the Hindu Declaration on Climate Change drew on the Hindu tradition that links man to nature through physical, psychological and spiritual bonds. “The nations of the world have yet to agree upon a plan to ameliorate man's contribution to this complex change,” the declaration stated. “This is largely due to powerful forces in some nations which oppose any such attempt, challenging the very concept that unnatural climate change is occurring. Hindus everywhere should work toward an international consensus.” Issued just as the Copenhagen round of the Conference of Parties was beginning, the declaration had little impact on the talks that ended with a weak agreement and little binding action.

In 2009, the Dalai Lama was the first person to sign the Buddhist Declaration on Climate Change that endorsed the catastrophic tipping points of global warming. NASA climatologists had predicted that the safe level of carbon dioxide in the atmosphere was 350 parts per million, a line that has already been breached. In May this year, atmospheric carbon crossed 400 ppm for the first time.

“We are challenged not only to reduce carbon emissions, but also to remove large quantities of carbon gas already present in the atmosphere,” the Buddhist declaration said. It also emphasised the need to change the priorities of the world economies. “The key to happiness is contentment rather than an ever-increasing abundance of goods. The compulsion to consume more and more is an expression of craving, the very thing the Buddha pinpointed as the root cause of suffering.”

The Dalai Lama has gone even further to say that the focus in Tibet, which is stuck in a losing battle for independence, should be climate change and not politics.

“Our Mother Earth, Mata Dharat, has gone through undeniable changes at the hands of humans. It is abundantly clear that our action has caused great damage to the atmosphere and is projected to cause even more damage if left unhandled,” said a statement released by a group called EcoSikh in September 2014. Calling on Sikhs to be the frontrunners of change and inviting the tenet of selfless service, the group asked Sikhs to reduce their carbon footprints, recycle, invest in renewable technologies and also put pressure on governments to take action to mitigate carbon emissions.

Orthodox Christians, Protestants, Baha’I and Jewish leaders have, in their turn, accepted the science of climate change and called on the faithful to save the earth. What the Pope and Islamic leaders have added is the influence of over 1.2 billion Roman Catholics and 1.6 million Muslims worldwide, which is almost half the world’s population. For now, climate change seems to be the one science that world religions don’t seem to have a problem with, whether it will make a difference or not at the “make-or-break” Paris negotiations in December.

Source: Scroll.in
Posted by The Green Market Oracle at 6:39 AM