Canadian Church Investors Call for a Price on Carbon 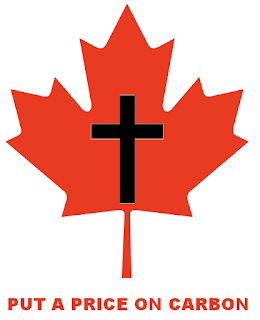 Leaders in the Anglican Church of Canada have joined counterparts from other denominations in signing a letter that urges the Canadian government to establish a basis for pricing carbon dioxide emissions.

Written on behalf of 53 religious institutional investors with combined assets of more than $2 billion, the letter is addressed to federal Finance Minister Joe Oliver and asks the Government of Canada to “establish mechanisms to set a clear, reliable and effective price for carbon emissions with the goal of reducing greenhouse gas emissions and limiting catastrophic climate change.”

The Ven. Dr. Michael Thompson, General Secretary of the Anglican Church of Canada, signed the letter along with Bishop John H. Chapman of the Diocese of Ottawa.

Thompson said that the message of the letter was consistent with the Joint Assembly Declaration signed by Anglicans and Lutherans in 2013, which focused in part on the care of creation and responsible resource extraction.

“It’s both a profoundly spiritual issue in terms of our mandate as custodians and dwellers in the earth, and it’s also a profoundly pragmatic letter in terms of recognizing the consequences of uncertainty about the health of the future [and]…how we will be dealing with carbon,” he said.

“The expectation that businesses would voluntarily reduce their carbon use in a way that might make them less competitive, while others take a pass, seems a bit unlikely…This ought to be something that we as a society are doing together, not that we ask some people to volunteer sacrificially about.”

The letter, Thompson said, represents the desire of investors for “an investment climate in which there is a clear, consistent cost for the use of carbon energy.”

“As a national church…we share the view that it is really important for Canada to have a national voice and a national commitment that is really clear and compelling around climate change and our commitments to carbon reductions,” she said, adding that the letter recognizes the integration of economic and ecological concerns.

With a federal election slated to take place later in 2015, the Anglican Church of Canada is set to continue the dialogue on climate and resources as members strive to promote the common good through their democratic role as citizens.

Stressing that climate justice and resource extraction are not partisan issues, Michael Thompson expressed his hope that political leaders would heed the ecological concerns of Canadians.

“There’s a real attachment to the land for many Canadians,” he said. “We perhaps learned that from our First Hosts when Europeans first came to this country—that there’s something deeply spiritual about the land itself, and our relationship with it will say something about the quality of our spiritual lives. So I think it’s that deep an issue for us.”

Source: Matt Gardner: The Anglican Church of Canada
Posted by The Green Market Oracle at 8:24 PM